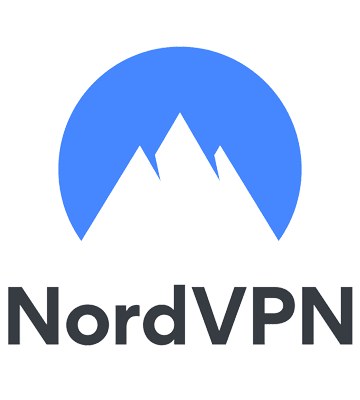 Nord VPN is one of a global leader in VPN service provision with outstanding features and  plethora of servers (5,400 servers across 61 countries) spread worldwide for users hunting for online safety, improved average speeds, relatively lower cost coupled with the ability to unblock Netflix and other streaming services in countries like USA, UK, Germany, Japan, Netherland, etc.

It puts security and privacy as its main trading points, which makes its one of the finest VPN product for sensitive user groups, such as political activists, journalists, etc. It deploys the military-grade AES-256 encryption to ensure safety combined with the kill switch and No IP or DNS leaks features.

To ensure privacy, it implements independently-audited no-logs policy which clearly states how user activities (Nord VPN services) are strictly guaranteed using an auto technical process that is not monitored, logged or passed to any third party. It’s the first VPN to introduce NordLynx (safe implementation of WireGuard) which is a superb protocol with outstanding performance benefits with the ease of audit over other protocols.

According to our latest connection test, Nord VPN is appraised among the fastest VPNs on the market, having the lowest drop-off (speed loss) rate than most of its counterparts. On a brighter side, Nord VPN is very cheap for a top-tier product and allows up to six (6) simultaneous connections as well as anonymous payment options like crypto to deal with privacy issues. Furthermore, it’s among the selected few VPN providers that give users anonymous purchase options.

Above all, in proving itself as one of the giants in the VPN provider’s dome, Nord VPN’s supports for torrenting through dedicated and optimized P2P/torrenting servers in 40+ countries is commendable.

Since its inception in 2012 by a Panama based Tefincom & Co S.A, Nord VPN has been at the forefront of expanding its services by capturing over Twelve-million clients across the globe. A reason it is esteemed as the most downloaded commercial VPN for the Mobile industry.

Just like in any business, the operation of NordVPN was also hit by numerous turmoils for the last two years. For example, in 2018 it faced a disputed claim of not being a Panamanian based company (the brain behind Nord VPN). In the next subsequent year 2019, it also went viral as being vulnerable to hacking. All these controversies plus many other issues of importance will be exclusively addressed in the review part of this dataset.

To grasp exactly how great NordVPN truly is, we had to go through rigorous study and test to answer some fascinating queries from the inquisitive VPN clients as bulleted below:

How fast is Nord VPN?

How easy is it to use? Especially for beginners

Does it stream common services like Netflix and others?

What is the current status quo via safety after the hacking saga?

Does it allow torrenting? 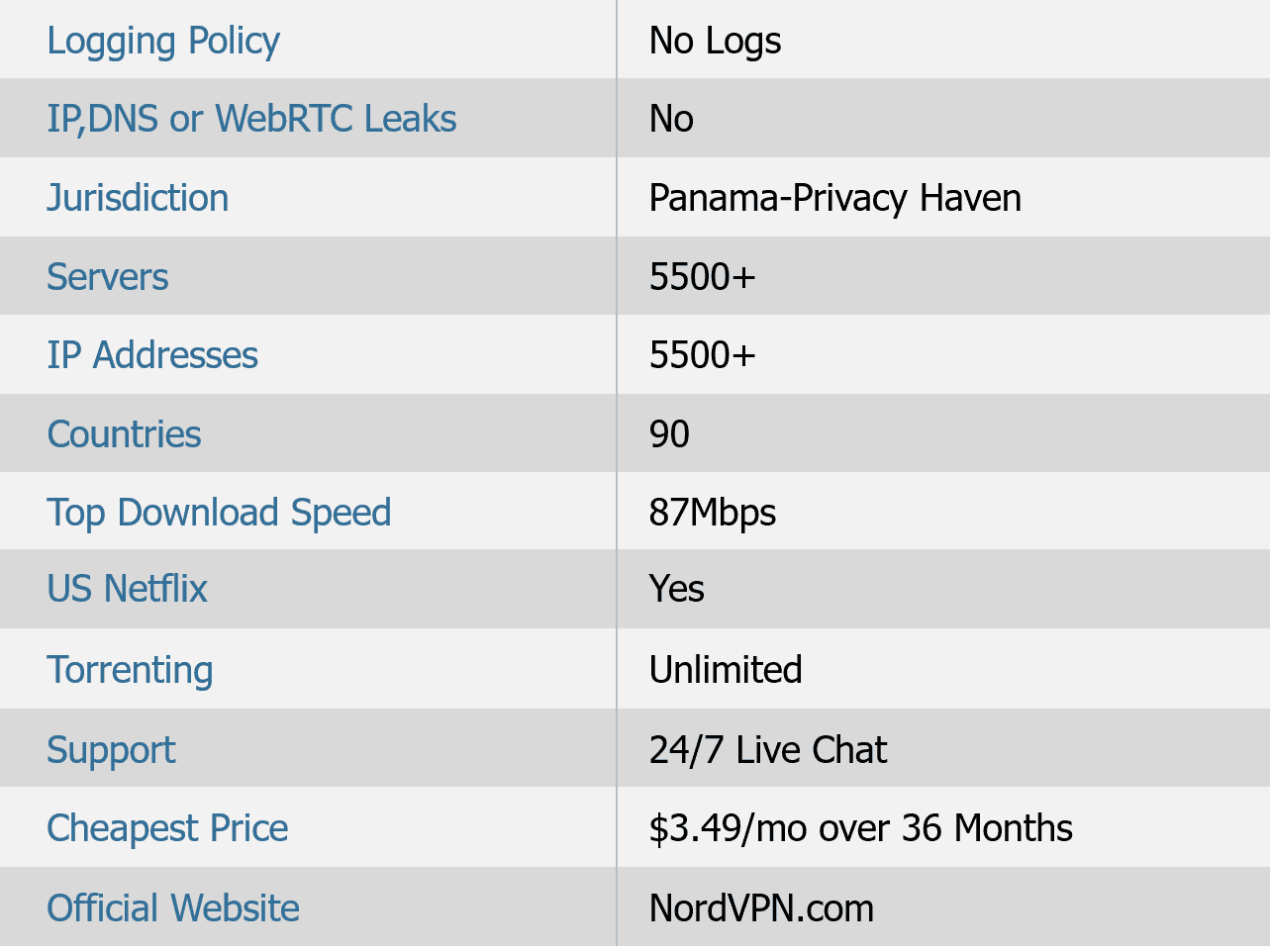 NordVPN’s providers are well spread with over 5300+ servers across 59+ countries. This might not be the largest list of servers in the VPN industry but trust me its adequate to cover most geographical boundaries. The geographical diversity offered by NordVPN is also excellent. Except for users trying to connect to a small island country in the middle of the ocean.

Apart from regular servers, NordVPN also offers specialized types of servers which include Onion Over VPN, Dedicated IP, Double VPN, plus P2P servers. Besides, it offers a superb service called a dedicated IP address service. This is particularly handy for users who are fascinated in using a single IP address for a couple of times.

Additionally, it is among the VPN providers who have joined the race of offering city-level servers to their subscribers. Some of the countries on the list of City-level servers include United States, Canada, Germany Australia, and India.

To keep itself on top of the game, Nord VPN operates its own server network which covers popular locations and cities mentioned above. For those in the United Kingdom, Nord VPN took some sharp transition by adding more servers in London with the sole aim of optimizing speed.

Note: Nord VPN users who are warming for a dedicated IP address service should also prepare to pay an extra charge for the respective service.

NordVPN is among a few VPN providers who have gained credit for their Privacy Policy that strongly emphasizes their commitment to keeping zero logs for users' data.

For business purposes, any Virtual private Network provider can talk about having a “zero log policy” yet in actual sense they are not. For that reason, NordVPN thought out of the box and called for an independent audit to prove its legitimacy.

The audit was carried out by the second world leading professional services firm called, PwC (PriceWaterhouseCoopers). Their (PwC) report revealed that there were no discrepancies between NordVPN’s no-logs policy and what they do in the real world.

Also, we mentioned early that Nord VPN is located in Panama. This is yet another staunch advantage for Nord VPN in enforcing no-log policy because Panama is by-far away from the Fourteen Eyes surveillance.Hence making it (Nord VPN) to accomplish the zero log policy branding.In most cases, VPN’s located in such 14-eyes surveillance can never implement their no-logs policies since they are restricted by a conglomerate of spy network commanding them to share all kinds of sensitive user data.

That said, Nord VPN having headquarters in Panama is one thing, the other aspects are. It does not have anyintrusive data retention laws. This kind of law always demands the VPN providers and ISPs to maintain their logs about the user’s online activities for a particular time. The good news is NordVPN is very autonomous from such legislation hence it a true definition of the zero-log policy VPN.

Now that we are assured of NordVPN maintaining their user’s privacy. The VPN subscribers should also know that most VPN providersnormally maintain a record of users' email ID and payment data made without cryptocurrency. NordVPN is no exception.

Therefore, according to their No log policy, Nord VPN does not store user data as highlight below.

To ensure positive online experience, the speed and reliability of a given VPN provider play a crucial role. This directly determines the quality of givenstreaming services. In most scenarios, VPN users would not prefer to operate with a sluggish speed. That is the reason why they need to know the speed of a given provider before subscribing to their services.

To help users in making their decision on the Nord VPN speed factor, we had to put our self to the task to test their sever speed across the globe.

Later on, we connected to several Nord VPN servers and observed the speed performances on servers located within Europe (Germany), USA and Australia as indicated below. In Frankfurt, Germany:

Based on the test, we noticed areliable service offering fast and stable servers withan average speed loss. Also, we realized that the farther the distance from the benchmark server, the slower the connection speed.

Note:All these servers were chosen automatically using theAuto server suggestion. Users should always consider the fact that Every VPN will slow down your connection somehow.And so does Nord VPN. But still, NordVPN's speeds are among the best and should be enough for most users who would prefer to go fast and leave sluggishness behind.

After suffering a security breach with one of its third-party data center’s servers. “Nord VPN learned the hard way from their past mistakes”,in terms ofearning back the public, users, and cybersecurity community trust.

In response, it (Nord VPN) came out with brilliant strategies to hardened and keep their security on top. Many of these security strategies are expounded in the “About Nord” section.

For now, our concern is about whatSecurity, Encryption and Protocolare presented by Nord VPN as one of the finest in the VPN market.Here is a tabular summary of the features.

As seen above, The Nord VPN uses three major protocols that are compatible with various platforms. For example,IKEv2andOpenVPNare dedicated to both macOS and iOS users, whereas for Android and Windows users app,OpenVPNis a perfect fit. It’s considered the default protocol for every VPN provider which strikes the balance of security and speed in addition to encrypting users' web traffic using the ultra AES-256 encryption.

In a bide to step up its security game, Nord VPN has initiatedWebGuard, yet another phenomenalVPN protocol based on NordLynx tech (Linux environment). The sole purpose is to boost bothsecurity and speed than the predecessors.

About privacy, Nord VPN is the king on grounds explained with theLogging policyportion. Vividly the policy states “NordVPN guarantees a strict no-logs policy for NordVPN services, implying that user’s activities with NordVPN Services are provided by automated technical process, not monitored, recorded, logged, stored or passed to any third party.”. Better still it operates and its DNS servers to avoid dealing with the outsiders.

Nord VPN is practically comfortable with diverse platforms. The custom apps can run on operating systems like: Android, iOS, Windows, Linux, macOSand,Routers. On top of that, it can connect up to six devices simultaneously using a single subscription. The beauty of these apps is, the interfaces are simple and easy to use across the mentioned platforms.

Secondly, Nord VPN offers solutions for gamers who might be worried about how to connect their gaming consoles and streaming devices. This is achieved by running the respective apps at the router’s level. Below is the list of supported devices- gaming console and streaming

Nord VPN also offers manual configuration options and guides on windows, router’s firmware, BlackBerry and Raspberry Pirespectively. Like CyberGhost, Nord VPN also avails VPN browser extensions in both Google Chrome and Mozilla Firefox. These extensions can be a real asset when it comes to encryption of user’s browser traffic.

Note: In case you are not lucky enough to have a native app for your specific platform, you can still access Nord VPN services through other freeware versions of OpenVPN apps available.

Being a global VPN provider comes with prioritizing your clients and troubleshooting their problems. This is another ground on which Nord VPN proof itself worth. It (Nord VPN) offers a24/7 live chat and troubleticket system plus a comprehensiveknowledge base with dependable information.

The24/7 live chat is commendable for being veryresponsive with user-friendly and knowledgeable agents ready and willing to solve their client's queries in real-time. Other supports mechanism Nord VPN deploys are Email, Tutorials, and the FAQ.

NordVPN Save more than 70% With 2-year plan

NordVPN is one of the best VPN services on the market, and it’s not very expensive at all.

Every price plan offers exactly the same VPN features. The monthly cost start at a fairly pricey $11.95, if you pay month-by-month, but the price drops by almost half to $6.99 a month for annual plans.

For the biggest savings, NordVPN’s three-year special deal costs just $3.49 per month, a saving of 70%.

NordVPN no longer comes with a free VPN trial, but it does offer a 30-day money-back guarantee.

For the VPN users obsessed with Streaming Netflix plus other related services, you don’t need to think twice about Nord VPN. This is a very perfect choice, considering its cutting edge: (i)SmartPlaytechnology used for limitless unblocking, (ii)Unlimited bandwidth and competitive speeds, not forgetting (iii)widely spread 5,300 servers in 59+ countries

All these give me immense confidence to recommend Nord VPN as a must-try product for any user.

How would you rate NordVPN? 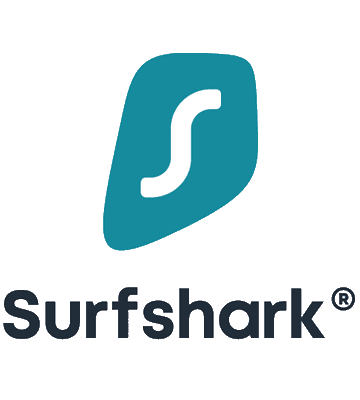 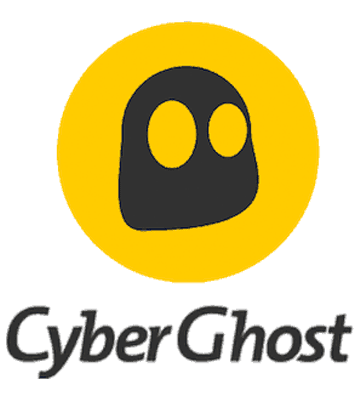 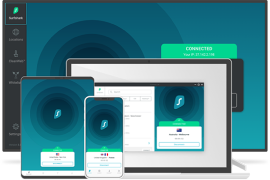 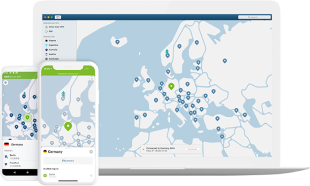